Since its introduction by President Obama in 2010, the Affordable Care Act (ACA) has transformed access to health care. Health insurance coverage became easily accessible with the introduction of subsidized premiums. Now under Biden, the health insurance plan continues to witness more improvements on how Americans access healthcare.

We differentiated Bidencare from Obama’s because of many improved amendments that have been incorporated into it. First, there is a reduction of the health insurance cost, which gives more Americans access to care. This helps to promote and maintain the health of the citizens.

Second, Biden’s affordable care strengthens Obama’s work because it increases the tax credit to two years. Bidencare has seen an expansion in tax credit eligibility with the intention of making those changes permanent.

In all these improvements, Bidencare aims to see that about 97% of the population is covered by a public option. Biden wants to have the public option insurance that he advocates for to cater to individuals as well as families. This is made possible by increasing the upper limit to 8.5% of an individual’s income to be used as healthcare cost. This plan is being implemented regardless of the income level of an individual. It leads to the reduction of the insurance premiums and thus more people are covered.

Though Bidencare builds on Obamacare, the plan by Biden is more advantageous because it is more inclusive. It has lowered the insurance cost, thus covering the middle-income earners that were previously left out under Obamacare. With now more people being able to contribute towards the same plan, it becomes cheaper for all.

Is ObamaCare the Same as BidenCare?

Unlike Obamacare, Biden’s plan is inclusive of a public option on the different health plans. One is an improvement of the other and so the two can’t be said to be exactly the same.

Obama’s plan, though it was the pillar for establishment of Bidencare, had a lot of challenges. It faced opposition from many people due to the weaknesses it had. By itself it was not a better option for the economy because it discriminated against the rich and the poor through high taxes.

The tax was raised to help pay insurance premiums for low-income earners. It even led to companies reducing the working force to avoid paying for premiums for the employees.

Bidencare coverage is seen as the savior because it has come to ease many tax burdens. This is because it has reduced the cost of health coverage. It has also included more people in its coverage. Biden’s plan is anchored on four pillars that are meant to expand and reform Obama’s ACA plan. These pillars are:

1. Creation of a new insurance option for public health similar to Medicare that will be affordable to all the citizens.
2. Streamlining plans on health care to make them less expensive and navigable.
3. Reducing the costs of prescription drugs by allowing competition from international suppliers and increased regulation.
4. Making it possible for all to access health care, even those who have preexisting conditions.

On the other hand, Obamacare can be differentiated from Bidencare because Obama’s plan provided the specific coverage as listed below. 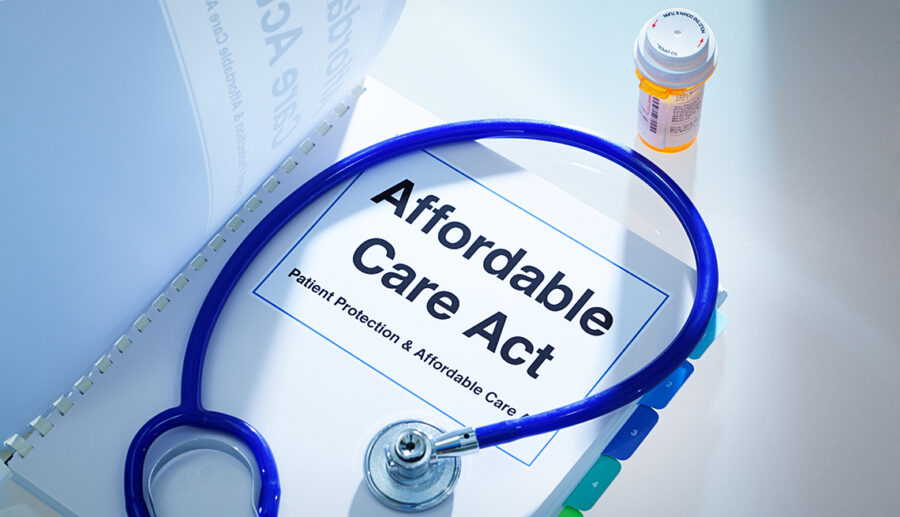 With this comparison, we can see that overall Bidencare has made improvements and built on Obama’s healthcare plan.

What is Biden’s Healthcare Plan?

The Healthcare Plan by President Joe Biden aims to insure about 97% of the American population. Biden plans to achieve this by the introduction of a Medicare-like public option to cater to families and individuals. Also, within the plan, the marketplace subsidies have been increased. This is intended to strengthen the Affordable care Act (ACA).

According to his plan, President Joe Biden has envisioned his insurance coverage to offer a healthy competition for the private insurer. This has already started to show results, with more citizens now opting for public coverage. This is because they have discovered that they are able to receive the same coverage as offered in private companies at a lower premium from the public option.

Other advantages that are included in Biden’s healthcare are discussed below.

1. Lowering the Medicare Age to 60  Medicare is a healthcare plan that is administered by the government. It covered Americans whose age is over 65. Though at times this plan gets complicated, it is popular as it guarantees access to health care for older Americans. Under the Bidencare plan, the age of eligibility for Medicare aims to be lowered to age 60 within the next few years.

2. Ending Surprise Billing With the previous healthcare system, sometimes a person would be treated by a physician who doesn’t accept his insurance. This led to financial constraints, especially among those with low income as they try to settle the bills. Biden aimed to end this in his plan. The plan makes it illegal for health caregivers to charge patients a network rate. It applies where the patient does not have control over the doctor they see.

Bidencare has worked to increase the tax credits for Americans to lower premiums. This has seen more Americans buying healthcare coverage.

Who is Eligible for Bidencare?

Bidencare covers healthcare for Americans only. The coverage has been expanded to include more people, including those with a middle income. With its four pillars, the plan is able to cater to different health needs for different groups of Americans. The wide and inclusive coverage by the plan has been achieved by lowering the cost of the premium through subsidies.

Though the plan by Biden is an improvement of what Obama had started, the fine was removed. The majority are already being covered, but the remaining minority are left alone.

Is Bidencare the New ObamaCare?

Yes. The plan is a case of an already existing plan (Obamacare) that has been repackaged, improved, and rebranded. The improvement is intended to make health care easily accessible to all. The plan is deemed to be more comprehensive because it includes even those with preexisting conditions.

During President Trump, Obamacare was almost collapsing, especially when the Medicaid plan and mandates coverage were undermined by the administration. With Biden coming in, it raised new hope for the plan. He ordered the reopening of the exchanges that had been undermined. They were rebranded, and then expanded it to be more inclusive.

Actually, it is very true to argue that Bidencare is the new Obamacare. This’s because other than reducing the insurance cost, which brought more people on board; Biden’s care continues to prioritize the original goals of the Affordable Care Act in Obama’s plan.

Although health care is of great concern for most Americans, almost 30 million of the population remains uncovered. This, therefore, remains to be a key topic for discussion and especially with the current trends on the Bidencare plan that has introduced Medicaid and Medicare.

It is important to understand the differences between these two terms in the government programs. This is especially for those who need to choose an Advantage plan either for their family members or for themselves.

Best Senior Information is an organized team of experts in health, dental, retirement planning, and finance. Our team is dedicated to providing accurate and useful information that can be used to make the right decision at the right time.